Let’s face it! Without a perfect tone, your article is […] 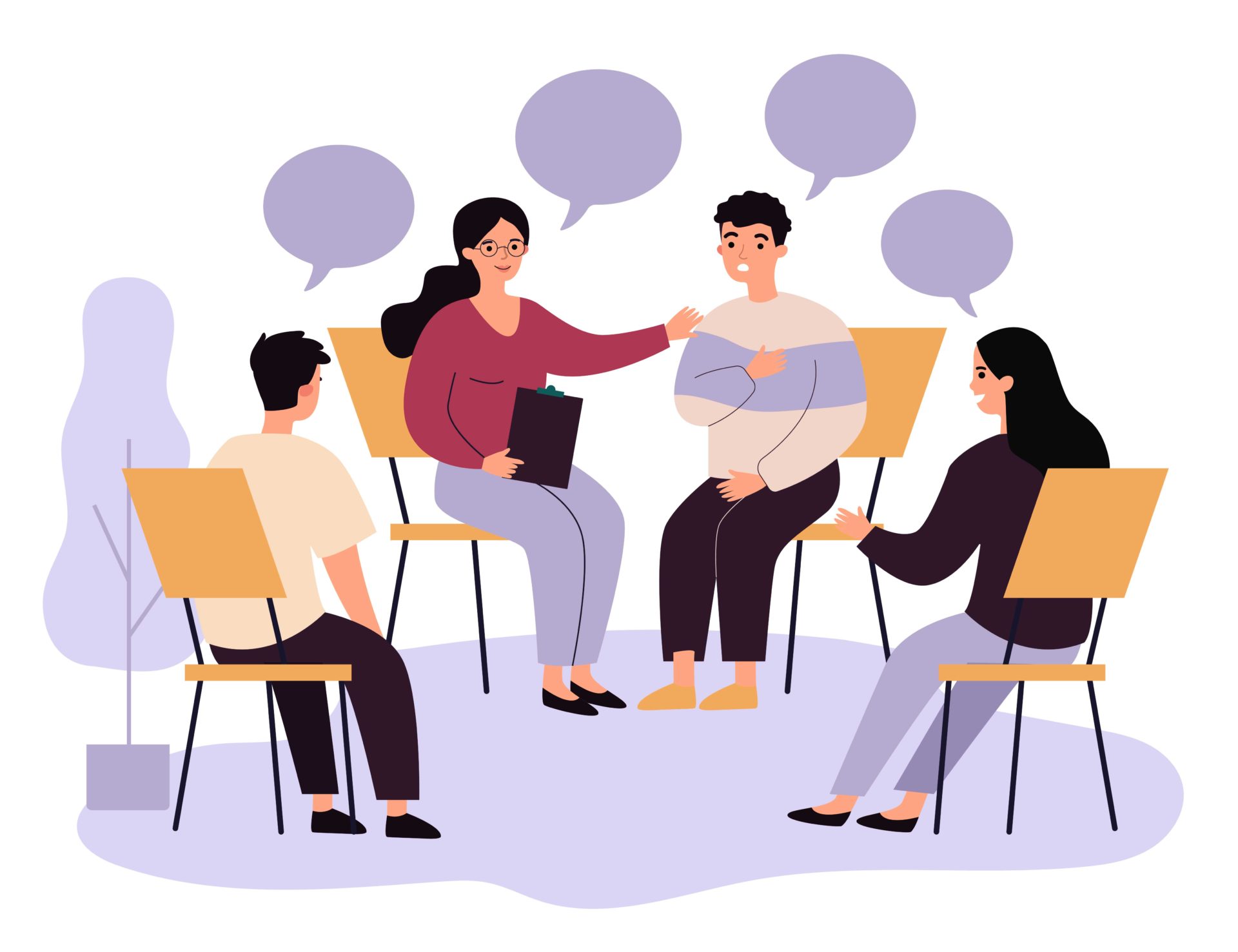 Let’s face it! Without a perfect tone, your article is just a piece of content on the web that isn’t doing anything for your brand.

No conversion and No Engagement!

In fact, when an exemplary tone is employed, the content transcends the expectations, and what you get are better engagement and real results.

As per stats, more than five million blogs were uploaded on WordPress every day in the first quarter of 2021. And, it is paramount to deploy the right tone so that your blogs/articles or web content serves the purpose.

But what tone to choose is the most unanswered question! Here’s everything you need to know when choosing between conversational and casual tone.

What the Heck is Tone Writing? Why Does It Matter?

Before I show you the cards and tell you which tone is better, it is essential to understand tone writing and why it matters!

The tone is the attitude your blog or article employs.

Like the tone of your voice, the writing tone gives a clear context to the reader while promoting engagement.

But why does the tone matter? Does it really help in scoring the user engagement?

In the struggle to manage these things, the content is often left on the back burner.

Some people think that “users don’t read,” and they just skim through the content. So, they “Lorem Ipsum” things or rely on content that is not the best and does not have the right tone.

When the users read, they pay attention, and the thing that helps grab their attention is the writing tone.

In a study conducted by the Nielsen Norman Group, the audience was shown two versions of a website.

One with a casual writing tone and one with a formal tone.

The users responded better to the website version with a casual tone, and only a handful of them liked the formal tone.

That’s the power of using a tone while writing, and to harness its true potential, one should use the right tone.

Types of Writing Tones: With Examples

There is a long list of tones in writing but the two most preferred types of tone used in writing are:

So, I’ll be talking about these two only, as including other stuff may land you in a state of confusion, and I don’t want that to happen!

What is a Conversational Tone?

Some people say that conversational tone is writing as you talk. But it is something beyond that.

Have you ever skimmed through a transcript of an interview?

It’s full of unfinished sentences and wishy-washy words. The writing feels lazy, and I see you nodding your head to agree with me.

Writing conversationally may sound more like a conversation between two, but it is more than just talking.

The conversational writing tone breaks most of the grammatical rules and aims directly at the target audience.

Sentences may begin with pronouns and end with verbs.

You can even write sentences starting with but, yet, and, etc.

Simply put, writing in a conversational language makes the write-up sound as natural as a conversation rather than a textbook or a script.

Here’s an example of conversational tone, “Hey there, let’s meet over lunch. I’ll be at the restaurant before 2 PM. See you there”.

The sentence has “You, and I” and sounds like an everyday conversation between two friends planning to meet for lunch.

Let’s take another example, “Hi Ronnie, all our friends are meeting at Zac’s place at 10. Will you be able to join us?”

This sentence has a question so the readers feel being a part of it, and they’ll respond quickly.

What is a Casual Writing Tone?

The casual writing tone is more informal writing. It is how people talk, and not something like a CEO talking about his next project in a board meeting.

Take this one as an example, “Hey mate, things are not good to call immediately.”

This is a casual sentence you can say to anyone, even if you aren’t friends with them or you don’t know them well.

In a nutshell, casual writing doesn’t help you establish a connection with the audience. It is great for conveying a message in simple words that everyone can easily understand.

But that doesn’t mean it doesn’t promote engagement. It’s paramount to use a casual tone in the right place, which I will discuss later in this article.

Casual vs. Conversational Tone: Which One Works Best and When?

Now that you know the difference between the writing tones let’s understand which one works best and when.

You cannot use a “conversational writing tone” everywhere, and the same goes with the “casual tone.”

Most writers are aware of the difference between the two tones, but the thing they don’t know is how and where to deploy the right tone.

Some say conversational-style writing is the best, and some vouch for the casual tone!

Let’s see which one is superior!

Where to Use Conversational Tone

As aforementioned, “the conversational tone contains “you, and I.” And sounds more like a natural conversation between two people.

Any write-up dedicated to hooking the audience should have a conversational tone.

And that’s the purpose of using a conversational writing tone.

Where to Use Casual Tone

The casual tone is best-suited for news articles, newsletters, and magazine articles that are not dedicated to providing information.

They just convey the message in a simple language that’s easy to understand. A conversational tone is not appropriate for most business messages.

Furthermore, a casual writing tone is great for brochures and banners that are more inclined to explain the products and services than talking to the readers.

However, a casual tone isn’t that great when writing blogs because readers enjoy reading stuff where the author communicates with them directly using words

No matter which writing tone you adopt, there are some proven tips that’ll help you write better.

Here are a handful of helpful tips from expert writer’s panel at Pro-Riterz:

Use Words that Even a 12-Year-Old Can Understand

I understand it could be tempting to use the new words you’ve learned. But before you add them to the content, think about the readers. Flaunting your vocabulary isn’t a bad thing, but it can make your readers scratch their heads with frustration.

“The food was immensely palatable. The spices ameliorated the flavor and made the dainty dumplings taste luscious”.

This sentence will certainly force you to open a dictionary and search for new words. This is something you should avoid.

Write it like, “The food was delicious. The spices enhanced the flavor and made the small dumplings taste good”.

The readers can quickly understand what you are trying to say. As a general rule, always use simple words because the conversational and casual tone is all about being informal.

Both conversational and casual writing tones work like a charm when the sentences are short and succinct. The lengthy the sentences are, the harder the write-up will get in terms of readability.

Just come straight to the point, and your audience will love you.

Remember the grammatical tools you learned in school? Well, it is time to break some of these rules for the sake of writing better.

When writing in a conversational and casual tone, you can end the sentences with a preposition. And it would not be a mistake to start your sentences with “and/but.”

But you need to keep the general grammatical rules in mind, as most of them are beyond the writing tone.

Active Voice Works Better and Search Engines Love It Too

Google says, “You should use active voice instead of passive voice. Although there are exceptions”. Using active voice doesn’t just help you engage the readers, but the search engines also prefer it.

And as a result, you get better rankings as a reward. No matter which writing tone you are using, try to keep as much active voice as you can.

Using an “active voice generator” will help you write better.

The idea of writing content is to convey the message. So, use as few words as possible. Similar to making short paras, you should make short lines.

See this example, “Based on a survey, 75% of the website owners use SEO plugins. Which means 1 in every four people don’t use an SEO plugin”.

This sentence has a casual tone, but it is monotonous. Why write such big sentences when you can just say:

Ask Questions, But Not Every Time

A conversational writing tone is incomplete without questions. The readers feel more participated, and hence they respond, and you get better conversions.

Avoid asking questions when deploying a casual writing tone. A casual tone works great when you want to tell the readers about something, and their participation isn’t required at all.

Casual Vs. Conversational: Which Tone Do I Prefer?

I love using a combination of conversational and casual tones! Asking questions while making it easier for the readers to go through the entire piece is what I like doing.

I have used a combination of both tones, in this article as well. But yes, I prefer conversational over casual if you ask me to choose one. 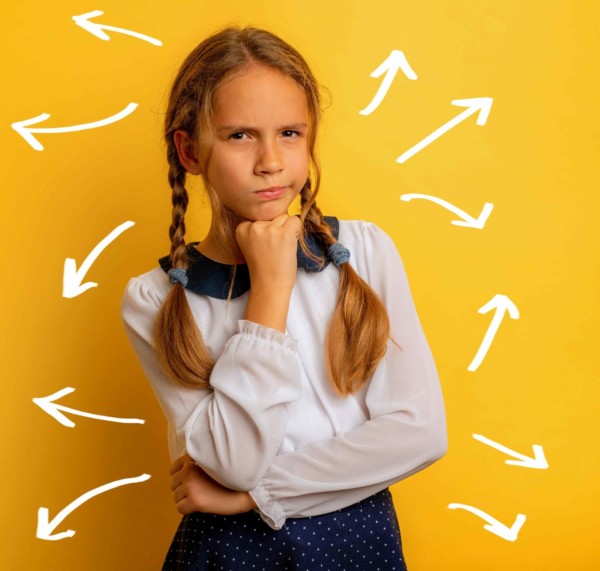 It can be pretty daunting to choose a tone while writing. Moreover, juggling between conversational and casual tone is also a task.

Why not outsource the task to someone with old hands in content writing and marketing? Hiring a renowned content writing agency like Pro-Riterz will save you from the hassles of choosing the tone and worrying about the correct grammar.

We are just a call away. So place a Quick Order today, and let us know more about how we can help you!

Professional and passionate team of writers,
dedicated to spread the magic of words!!!